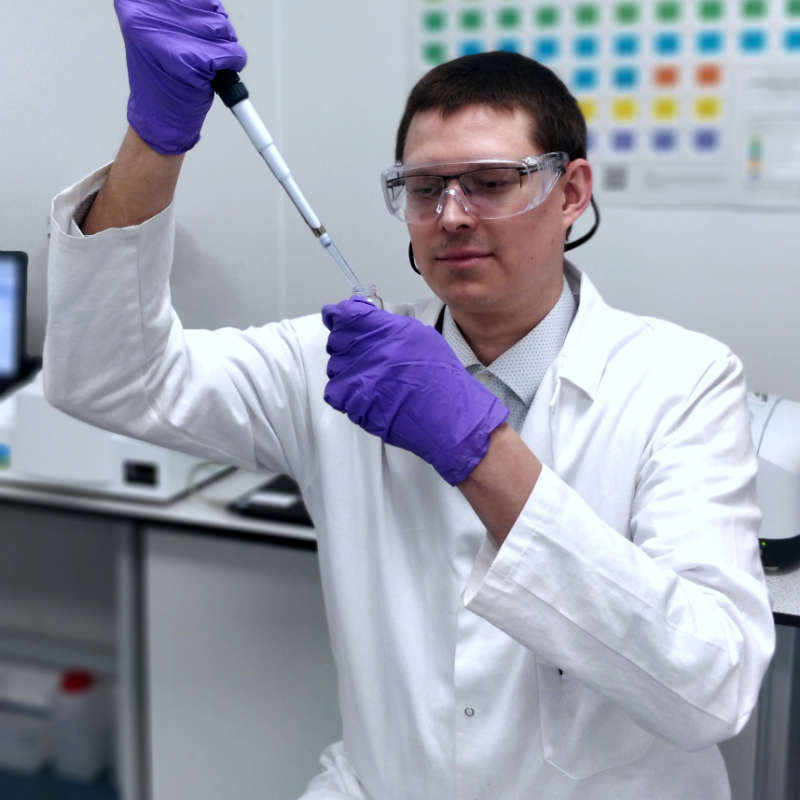 Lauri studied organic chemistry and chemical engineering at Aalto University, Espoo, Finland. In 2017, he graduated as a D.Sc. Tech. (with distinction) with the thesis Lignocellulose solutions in ionic liquids.

Lauri is an industrial organic chemist who has worked with biopolymers and ionic liquids since 2009. As a doctoral student at Prof. Herbert Sixta’s research group at Aalto University, he worked with the applications of ionic liquids to biorefineries. There, he contributed to the development of the patented Ioncell process for spinning high-strength textile fibres from ionic liquid solutions of cellulose. Furthermore, he studied the fractionation of wood biomass using ionic liquids. As a postdoc at Prof. Ilkka Kilpeläinen’s research group at the University of Helsinki, he developed novel IL-based processes and authored articles, patent applications and invention disclosures for them. Lauri joined Worn Again in 2019 to continue the same work in a corporate setting. Lauri has also worked at e.g. the European Chemicals Agency with REACH, and at Perstorp Ltd. and KemFine Ltd. in fine chemicals R&D.